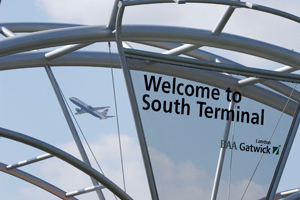 Gatwick airport has emerged in the top 20 of the UK’s top 250 leading mid-market private companies.

It comes in 19th position in the annual Sunday Times listing, down four places from 2011, with sales of £517.4 million and an operating profit of £116.2 million.

Two travel firms feature in the Top Track 250, with Southall Travel improving its ranking, up to 132nd place from 141st last year.

The company achieved sales of £270.5 million and an operating profit of almost £12 million as it handled 350,000 clients.

Travel management company Portman Travel dropped from 130th to 143rd place in the rankings with sales of £260.5 million and an operating profit of £4.2 million.

Kuljinder Bahia, managing director of Southall Travel said: “I’m extremely proud to be one of the very few travel agents to make the list and it is a great accolade for us.

“I’m thankful for our strong relationship with our suppliers and to our customers, many of whom book with us time and time again.

“Trading continues to be difficult for the whole industry in present economic conditions but we have a talented team in place and we continue to invest in new technology and broadening our product range.”

Budget chain Travelodge dropped down the rankings from 67th to 90th position with sales of £335.1 million and an operating profit of £7.2 million. The hotel group was acquired in August by Goldman Sachs and two New York hedge funds following a £700 million debt for equity swap.

Luxury hotels operator Dorchester Collection appears for the first time in the list at 115th position with sales of £291 million and an operating profit of £28.8 million. Recent additions include Le Richemond in Geneva and 45 Park Lane in London.

Air Charter Service saw sales rise by a fifth to £272.7 million, placing the company in 128th position. It books more than 6,000 private charter flights and made an operating profit of £4.8 million.