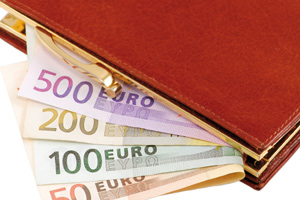 The spending power of Britons in the Eurozone increased by 35% this summer due to improved exchange rates, a study claims.

British travellers had more than £350,000 more to exchange this summer, resulting in a 15% increase on last year’s holiday budget, according to findings by My Travel Cash Prepaid MasterCard.

Half of transactions were made in restaurants and independent shops, greatly aiding local retailers and business owners.

While rates are not at the three-year high they were earlier in the year, holidaymakers heading abroad in the autumn school half-term are still set to benefit, with £500 buying them €608 this week, compared to €547 a year ago, according to the company

Founder and managing director Myles Stephenson said: “It was widely reported in the lead-up to summer that sterling’s strength against the euro would be good news for the British public, but the proof is definitely in the pudding now we take a retrospective look back at the summer’s transactions and spends compared to that of last year.

“What was less reported on but is still a valid point, is the contribution our holiday spends make to the economies of the countries we visited, especially those who have been struggling, for example Spain and Greece.

“British purchasing power abroad is set to continue well into the winter months, as our gloomy weather encourages more trips to warmer climates.

“The current rates compared to last year’s are still extremely favourable, meaning holidaymakers are getting more for their money and if the summer is anything to go by, are ready to spend.”