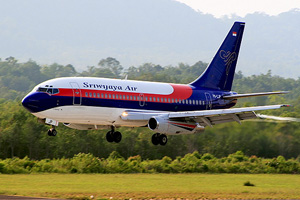 A pilot has been suspended and an investigation launched in Indonesia after a passenger aircraft landed at the wrong airport.

The Sriwijaya Air jet had about 100 people on board when it took off on Saturday from Medan in northern Sumatra heading to the city of Padang.

But it landed at the Tabing air force base, seven miles from its destination. Indonesian officials said air safety practices would be investigated, the BBC reported.

Indonesia’s transport ministry said the 96 passengers on board were never in any danger. A spokesman said the landing was entirely normal – except for the fact that it was at the wrong airport.