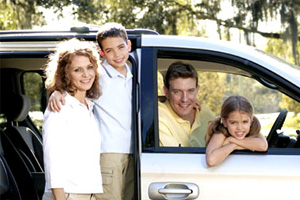 Car rental prices doubled in seven out of 10 destinations in Europe when extras were included, a new study claims.

The Post Office Holiday Car Hire Barometer found that Alicante in Spain was cheapest for one week’s basic car hire (£94.09), outdoing the US (£125.35).

But the position reversed when the costs of paying for an extra driver and excess waiver insurance (EWI) were added in.

The cost in Alicante rocketed to £216.61 whereas the US emerged as cheapest in the survey (£177.18) because EWI is automatically included without charge in its car rental packages and holidaymakers only have to pay for an additional driver.

But excess waiver insurance has to be paid for as an extra in all of the European destinations surveyed. As a result, when the cost of insuring against having to pay the excess in the event of an accident or car theft was added to the charge for an extra driver, the total rental payable doubled in Spain, Italy and Portugal.

Hiring a car in Rome or Pisa, the most expensive destinations, rose from £97.59 for a week’s basic rental to £287.53, almost three times as much, when the two extras were added.

Greece and France were the only European destinations surveyed where the total price did not double when EWI and an extra driver charge were added.

Consumer research for Post Office Travel Money found that two-thirds of people who had hired a car abroad did pay for extras on top of the basic rental charge. Two of the most common extras paid were to add an additional driver (17%) and EWI (20%).

A high level of risk-taking among holidaymakers, keen to keep car rental costs down, was revealed. Three in ten of those surveyed opted for the basic car hire without paying for extras including EWI.

But holidaymakers could face paying out hundreds of pounds if they have an accident or damage their car. The average excess payable ranged from £555.55 in Corfu and £620.76 across Spain to £950.27 in Faro, Portugal.

Post Office head of travel money Andrew Brown said: “It is tempting for holidaymakers to keep costs low by sticking to the basic headline cost when they book car rental online, but this is a false economy.

“Although many rental companies do not show the cost of Excess Waiver Insurance online, you can establish the price by calling them. There are also companies who will provide this cover before you leave home.

“The worst thing is to arrive in the car hire office at your destination to collect the car and find that you have the ‘Hobson’s Choice’ of paying for the Excess Waiver Insurance at a high price or choosing not to pay for it and risking the consequence of a much higher bill if you have an accident.”

Many pay for extras when collecting rental cars and the majority of these were paid on plastic. Only 17% of people took money with them to settle the bill. Instead over half (54%) used a credit card and one in five paid by debit card – incurring additional transaction charges into the bargain.

Another costly extra for holiday motorists was the charge made by rental companies for fuel.

Brown said: “One of the problems for many holiday motorists is that they only find out they have to pay for a full tank of fuel when they arrive, and the prices charged vary quite dramatically from one destination to another. Our research showed that this is a cause for irritation – especially as some respondents found it impractical to return the car empty of fuel.”

Adding on extras like sat nav and child seat rental to the basic car hire can also make a big difference to the overall cost.