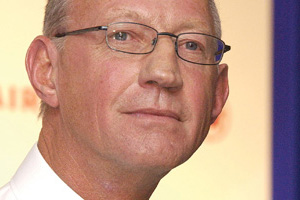 Prevarication over the creation of a new UK aviation policy “makes the performances of ‘Yes Minister’ look like a class act”.

The accusation came as part of a hard-hitting broadside against the government and EU regulators by the outgoing head of airlines association BAR UK.

On his penultimate day in the job he is leaving after eight years, chief executive Mike Carrivick also attacked government policy over Air Passenger Duty, calling for the tax to be cut.

He said: “A third runway at Heathrow is vital regardless of the ultimate decision about any new hub airport site.

“Looking back to this decade, future generations will shake their heads in disbelief that policy decision making took so long and the UK lost so much as a result.

“We have seen so much prevarication and delay, that it makes the performances of ‘Yes Minister’ look like a class act.

“By the time any hub airport decision might be taken in 2015, a self-imposed delay of 12 years will have occurred since a comprehensive white paper in 2003, and that’s before any planning permissions have even been sought.”

Carrivick, venting his dismay over APD, said: “The government hasn’t missed an opportunity to tax the airline industry as harshly as possible.

“The evidence is there that the economy and the UK’s international reputation are being negatively impacted right now.

“We are beyond the tipping point where the Treasury should abandon the further increase next April and ultimately reduce the tax to a fair and proportionate level.”

EU Regulators we also targeted by Carrivick, who said: “With power comes responsibility but in some cases it seems to be missing.

“Regulation EU261 on Denied Boarding is surely one of the most ridiculed pieces of legislation in history where the regulators and the courts have different interpretations.

“Forcing airlines to become insurers of last resort for any manner of events completely outside their control is not in the public interest or affordable by the industry.

“The regulatory authorities must undertake the responsibility to produce a revised regulation that meets the original objectives, but which takes away the patently unfair financial imposition which no other form of transport has to endure.”

He highlighted the impasse in implementing aviation into the EU Emissions Trading Scheme.

“Aviation is a global business but the EU does not appear to recognise this fact. The EU needs to accept responsibility in this impasse and show willingness to arrive at a solution.”

As a parting shot, Carrivick added: “The role of government is surely to govern, not to prevaricate nor impose unfair burdens on industry.”