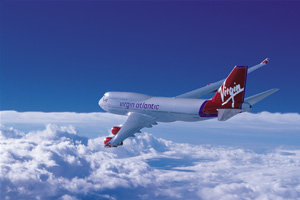 The Virgin Atlantic brand could disappear as the latest name to be swept up in the wave of aviation consolidation, the boss of rival IAG claims.

Willie Walsh, chief executive of the British Airways and Iberia parent, is quoted today as suggesting that the Virgin Atlantic name will likely be scrapped by Delta Air Lines, which is in talks to buy a 49% stake in the UK carrier from Singapore Airlines.

Weekend reports suggest negotiations could come to a head as early as this week with Sir Richard Branson said to be prepared to relinquish control of the airline he has been synonymous with for nearly three decades.

Delta’s European partners Air France-KLM are subsequently expected to buy part of Sir Richard’s 51% holding in the airline he established in 1984.

Walsh argued that Delta’s main interest in Virgin will be the UK carrier’s prized Heathrow take-off and landing slots.

“I can’t see Delta wanting to operate the Virgin brand because if they do what does that say about the Delta brand?” he told the Daily Telegraph.

“Delta believe they are the number one airline in the world, so what they would want to do is acquire the slots at Heathrow to enable them to have a strong presence at Heathrow.”

Walsh believes Virgin’s future is reliant upon a deal with a new investor such as Delta as it needs to “reinvigorate” itself.

He was speaking as BA made a return to South Korea for the first time in 14 years, launching a route between Heathrow and Seoul.

Britain is in danger of becoming an economic backwater due to its “unfriendly” visa system, inertia over airport capacity and taxes such as Air Passenger Duty, which has risen 360% since 2006, he said.

Walsh warned the UK was stuck in an “old world”, relying on exports to declining markets in Europe, and does not have good enough connections to fast-growth economies.

“2011 was the first year exports to the Brics [Brazil, Russia, India and China] combined exceeded exports to Ireland – that’s not right,” he said. “You can’t say that we have got a focus in the right areas if we are still so highly dependent on a number of our EU trading partners.”