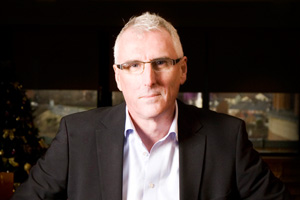 His time in banking was spent with Barclays, where he ended up as head of Barclays Corporate Banking in the northeast.

For more than a decade, he was Barclays’ national director of football, where he advised all its football clients and played a role in providing funding solutions for more than half of the clubs in the Premier League.

In 2007, Steve joined Newcastle United as chief executive but returned to Barclays following a change in ownership, and subsequently went on to become chief executive at Sunderland AFC, his home team, leaving them in June 2011.

Walton said: “After three successful seasons with Sunderland I left the club last summer for what I thought was permanent retirement. My wife, Janet and I, have homes in England, France and Turkey and divided our time between the three countries.

“However, I have been seduced out of retirement by John to join the board of Hays Travel as a non-executive director. I have known John and Hays Travel for many years, both through my time at Barclays and at the football club.

“I am delighted to be joining the board at a really interesting time in the travel industry and am looking forward to working with a really vibrant group of people. I have had a number of offers to get back into business and have not been tempted until now, which is quite an achievement when I look out of the office window to the snow falling on the roofs of Sunderland.”

John Hays, Hays Travel founder and managing director, said: “I’m delighted to be welcoming Steve on board. His experience in the financial and risk assessment fields is second to none and he is already adding value to the company.

“Culturally too, Steve is our kind of person, and he has fitted straight in. I’ve known Steve for a long time. He has a great sense of humour and likes to have fun – things which are very important to us here at Hays.”