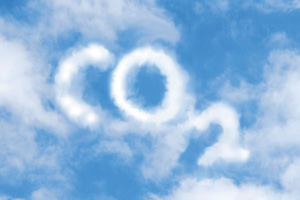 Governments are being urged to work together with airlines to resolve an ongoing impasse over aviation emissions.

The call comes as part of new analysis by PricewaterhouseCoopers produced as a high level group of officials in the International Civil Aviation Organisation meet for the first time to debate the issue.

The group is expected to develop recommendations for a global emissions framework to be adopted in October 2013. Failure to do this will leave aviation regulation in turmoil, PwC warns.

Despite this, President Obama signed the EU ETS Prohibition Act, making it illegal for US airlines to comply with the EU regulation if it resumes in 12 months.

PwC partner Roger de Peyrecave warned: “If a global solution can’t be found, US airlines face the dilemma of choosing whose law to break. And European airlines’ competitiveness could be eroded if they are the only ones left paying the carbon emissions charge.”

The aviation sector, which represents only 2.1% of emissions globally, has made progress on reducing their average emissions intensity by 1.7% each year since 2000. Iata has set ambitious targets to halve net emissions from the sector by 2050.

But de Peyrecave said: “Efficiency improvements of 1.7% won’t be enough. Governments will need to get behind this or airlines will miss their own targets. Ultimately, they will need to accelerate advances in fuel efficiency beyond business as usual and scale-up biofuel production.

“Co-ordination on cross-border issues such as international air traffic management, carbon pricing and incentives for the production of biofuel will be critical.

“The sector also faces big financial stresses, and reinvesting at least some of the revenue raised from new regulation in the industry will help.”

The ICAO is currently considering market-based measures, based around mandatory global offsetting and emissions trading.

The PwC analysis shows that:

• Incremental efficiency improvements could also come from the imposition of a carbon price such as a global ETS scheme.

• By 2030 the rest of the reduction target could be met by the use of biofuel, provided that the substantial barriers to large-scale production can be overcome.

• Carbon offsets will need to be used between now and 2030, creating a major new source of demand for credits from the Clean Development Mechanism (CDM).

PwC director Jonathan Grant said: “It is likely that carbon offsets will feature, at least as an interim solution.

“We could see offset demand from the aviation sector growing to more than 100 megatonnes of CO2 per year by 2020, which would provide a significant boost to the carbon markets. This is more than one-quarter of the CERs issued in 2012.

“The Clean Development Mechanism has been in the doldrums throughout 2012 since the economic downturn in Europe. Progress in Doha on the idea of a CDM reserve bank or fund was limited, but this could rescue the CDM.”

“At €10 per tonne of CO2, the cost of offsetting carbon would amount to less than 5% of a tonne of aviation fuel, making this one of the most cost-effective options for the industry.”