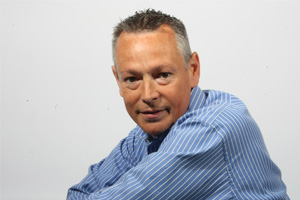 Travel agency chain Miles Morgan Travel has spent almost £100,000 on marketing for the peak season as it predicts a strong 2013.

The 11-branch chain said the spend was double that of last year in a move fuelled by optimism for holiday sales in 2013, in part due to poor weather conditions across the UK.

Managing director Miles Morgan said: “This is a phenomenal amount given our size. The biggest change in our spend is TV. We are doing an extensive TV campaign, which started on Boxing Day and runs until mid-February.”

Morgan said small independent agency chains could not compete with the likes of Tui or Thomas Cook in terms of producing large-scale, glamorous TV ads, so instead was focusing on its staff and their expertise to “punch above its weight”.

He added: “We can beat them on personalities. We are all about our staff.”

Already sales for the retailer during the Christmas week, after TV ads went live on Boxing Day, were 300% up on the same week last year.

Morgan said: “It all goes back to knowing who you are trying to appeal to and not being a generalist. Our customers are affluent and retired.”

On January 10 it is sending out its 36-page in-house magazine which promotes destinations with specific suppliers, backed up by staff testimonials, to 45,000 customers on its database.

The magazine focuses on suppliers it believes will be a permanent part of its future and avoids larger operators such as Thomson, Thomas Cook and Virgin Holidays because of fears they will reduce third-party agency commissions and force agents to charge clients fees, or are seeking more business direct rather than through the trade.

“I hope we do continue to sell these companies but they have made their case fairly clear,” said Morgan. “Fees do not work for us.”

The agency has also revamped its website allowing customers to book appointments with its agents online for the first time.

Each staff member also has a page on the site with details about them and photographs and blogs about trips they have been on, while its web technology has been modified for tablets so that customers can swipe through the site’s pages.