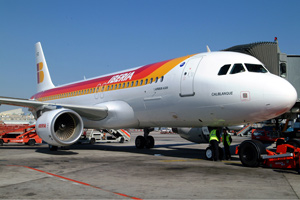 Unions warned that they could call strikes if there is no agreement by a deadline set for today (Thursday) and IAG goes ahead with plans to impose a tougher restructuring than one outlined last November.

No deal had been agreed by last night over cost cutting involving the loss of 4,500 jobs and salary reductions.

The IAG board is due to meet tomorrow and is expected to consider a tougher turnaround plan, involving more job losses, if the deadline expires without an acceptable agreement with the unions.

One person familiar with the matter said there could be as many as 7,000 job cuts under this alternative plan but stressed it was not finalised, the Financial Times reported. IAG declined to confirm the figure.

Spanish pilots’ union Sepla requested a meeting with Walsh after claiming it had not had meaningful negotiations with Iberia’s management about the restructuring.

IAG declined to say whether Walsh would meet Sepla, but added: “Discussions about restructuring at Iberia are taking place between Iberia and its unions.”

The FT reported a person familiar with the situation as saying Walsh was not expected to participate in the union talks.

Iberia management reportedly raised the possibility of reducing the number of job losses to 3,800 earlier this month, in return for deeper wage cuts.

Unions are due to hold last-ditch meetings today with Iberia management about the restructuring.

The head of Sepla’s Iberia branch Justo Peral said the union hoped to reach an agreement and highlighted how it was prepared to accept salary reductions and increases in productivity.

“All the unions are talking about strikes,” he added.