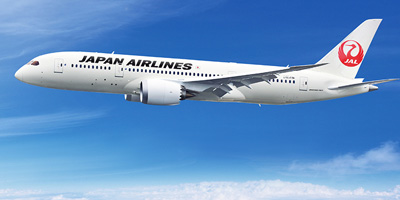 Japan Airlines (Jal) has been forced to postpone the launch of Helsinki-Tokyo flights due to the ongoing worldwide grounding of Boeing 787 Dreamliners.

The four-times-a-week service was due to start on February 25 but has been put on hold “in view of necessary adjustments to Jal’s international routes utilising the Boeing 787 aircraft” since the US Federal Aviation Authority imposed the grounding following an emergency landing by an All Nippon Airways 787 on January 16.

Jal said: “The rescheduled date of opening of Jal’s Narita-Helsinki service will be announced at a later time and customers with confirmed reservations on concerned flights will be informed about alternative options.

“Jal apologises to all customers and related parties for the inconvenience and concerns caused as a result of recent issues with the 787 fleet.”