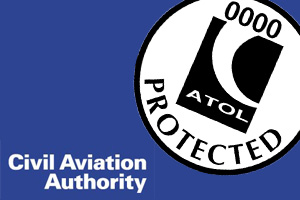 Financial holiday protection should cover air holidays regardless of booking method, according to a “consensus” of public opinion.

Basic level awareness of Atol stands at 80%, but 49% of these people declared they were ‘fairly’ or ‘very’ ill-informed about the protection provided by the Civil Aviation Authority’s protection scheme, research by the regulator found.

Despite a strong desire to protect their holidays, with three in five holidaymakers believing they had taken steps to protect against holiday company failure, confusion remains over how protection is obtained.

More than half of the respondents took out travel insurance in the belief that this would provide protection if their travel company failed, when in the majority of policies it does not, the CAA said.

Seven out of ten thought that either they should be refunded or be allowed to continue with their planned holiday in the event of a travel company failure. If they were already abroad they should be able to complete their trip and fly home as planned.

The survey of more than 1,000 consumers plus six focus groups conducted last August found that people welcomed the idea of an Atol certificate to provide peace of mind and clarity about their financial protection.

The findings have informed the CAA’s approach to its ‘Pack Peace of Mind’ advertising campaign, which focuses on informing the public about holiday protection instead of solely raising awareness of the Atol logo. The authority plans further research in the future to access the campaign’s impact and feed into future awareness-raising campaigns.

More than 60,000 people have visited packpeaceofmind.co.uk to find out more about Atol while over 500,000 have watched YouTube videos about the scheme. The campaign’s Twitter feed has reached more than 100,000 users. Atol adverts have also appeared in newspapers with combined circulations of over 20 million readers.