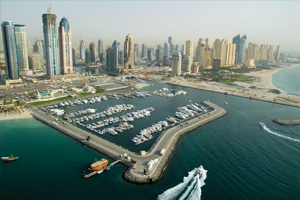 Claims made by three British holidaymakers that they were tortured after being arrested in Dubai on drugs charges are being probed by the Foreign & Commonwealth Office.

A “full, impartial and independent investigation” from the relevant authorities has been demanded from the FCO, according to reports this morning.

The three Britons face a trial hearing in Dubai on drugs charges today, according to pressure group Reprieve, which aims to defend the human rights of prisoners.

Police arrested the holidaymakers last July after they said they found synthetic cannabis, known as “spice”, in their car.

The Britons, who are in their 20s and have pleaded not guilty, signed documents in Arabic, a language that none of them understand, after police beat them and threatened them with guns to their heads, Reprieve said.

The charity says they claim to have been taken to the desert and tortured, before being taken to a hotel.

Dubai police, working with British authorities, have already appointed an independent committee to investigate the claims, which found no wrongdoing, a UAE official was quoted as saying.

Spice, a popular mail-order “legal high”, was outlawed by the United Arab Emirates authorities last July, prompting a wave of arrests, including many Britons, according to the Financial Times.

Those convicted of selling the drug, which is also known as “space” and “K2” could face 15 years in jail.