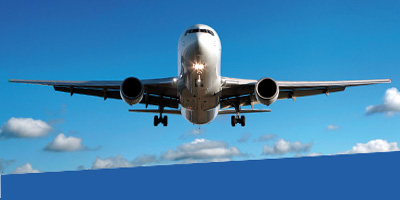 The government is being accused of being out of touch with public opinion over the controversial issue of Air Passenger Duty.

In a letter to chancellor George Osborne ahead of this month’s Budget, the lobby group A Fair Tax on Flying highlights recent ‘robust and credible evidence’ from an independent review of APD by PricewaterhouseCoopers, which examines the benefits of abolition.

Removal of the tax would result in a significant increase in Gross Domestic Product, according to the study (as previously reported by Travel Weekly).

“This would result in a new increase in revenues to the Treasury from other taxes as a result of this economic stimulus – in other words, it would actually pay for itself,” PwC said.

A Budget submission from the campaign group suggests that further rises are “inconceivable” in light of this groundswell of opposition from ordinary voters.

More than 200,000 people wrote to MPs calling for changes to APD in the last six months of 2012, according to the new analysis by A Fair Tax on Flying.

Within this, 21 Cabinet ministers received 12,663 emails from angry constituents calling on the government to undertake an urgent review of APD.

Despite all the groundswell of opposition, the government plans to increase APD again on April 1.

“New research from the Tourism Alliance has shown that visitors from India have dropped by over 20,000 over the last two years.

“The Prime Minister recently visited the sub-continent to convey the message that Britain welcomes investment in businesses and the tourism industry. However, the increase in APD completely undermines this message.”

“Everyone knows this, including the 21 Cabinet members who have received over 12,500 emails on the subject, an average of 600 plus emails each.

“With evidence mounting on the damage APD is doing to UK plc and its connectivity with the rest of the world, the Chancellor should now abandon his plans to increase APD yet again this April.”

British Air Transport Association chief executive Simon Buck added: “The evidence from the PwC report is clear. The amount of tax paid on flying means air travel is becoming increasingly out of reach for many families.

“The loss of routes as a direct result of the exorbitant levels of APD is well-documented, yet the Chancellor plans more rises in the tax this year.

“With this in mind it is inconceivable that the government is planning to go ahead with these rises against comprehensive new evidence that only total abolition or a reduction in APD will achieve economic benefits.”

Board of Airline Representatives in the UK chief executive Dale Keller said: “The downgrading of the UK’s AAA credit rating is clear evidence that the economy needs urgent economic stimulus.

“Reducing Air Passenger Duty would give the much-needed boost to UK business and show the world we are open for business.”