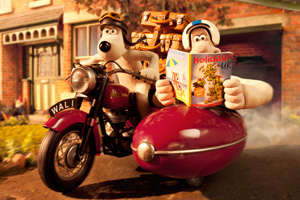 The trade is co-funding a new £4 million government-backed domestic tourism drive being fronted by animated characters Wallace and Gromit.

VisitEngland is working with a number of high street travel agents and operators who will be putting together UK holiday packages as part of the ‘Great Adventure’ campaign.

The highlight is a television advert due to air from May 12 featuring Wallace and Gromit as ‘tourism trailblazers’ taking to the road to explore the best of the UK.

As Travel Weekly revealed exclusively in August last year, the campaign will aim to inspire consumers to book through their local travel agent.

Agents and operators involved in the campaign will be announced soon.

The domestic holidays push is backed by £2 million of additional funding from the government and £2 million ‘in-kind’ support from operators and agents.

It will run for two months and is being led by VisitEngland and supported by the tourist boards of Scotland, Wales and Northern Ireland. The travel trade activity will continue until September.

The Wallace and Gromit advert will run on TV, in cinemas, video on demand, digital online display and out of home and comes as the second phase of a Holidays at Home are Great initiative launched last year by government.

VisitEngland chief executive James Berresford said: “Wallace and Gromit are bound to grab people’s attention and will be great ambassadors for holidays at home.

“They are a quintessentially English double-act with universal appeal at home and abroad, and I’m sure will have an adventurous time discovering all this country has to offer.

“We hope this ad, which I think breaks the mould of cliché tourism ads, will capture the imagination of Britons to inspire them to visit their local travel agent and book a break at home this year.”

Tourism minister Hugh Robertson said: “The first instalment of the Holidays at Home campaign was a great success generating growth of £300 million.

“The coup of landing Wallace and Gromit for the campaign’s second push is great news. Their ad will no doubt capture the imagination, encourage people to have a fresh look at what England as a holiday destination has to offer and boost domestic tourism further.”