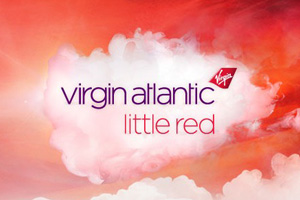 Virgin Atlantic’s new Little Red domestic service will survive where BMI struggled due to its feed onto long-haul routes at Heathrow.

The claim came from the airline’s new chief executive Craig Kreeger ahead of today’s formal launch of routes to the London hub from Scotland and Manchester.

The first flights began between Manchester and London on Easter Sunday, with Edinburgh joining the network on Friday and the Aberdeen route opening tomorrow (Tuesday).

But Kreeger will join airline founder Sir Richard Branson on the inaugural flight from Heathrow to Edinburgh today.

The former American Airlines executive told the Sunday Telegraph: “We’ve done this in a way that will work. BMI obviously struggled but they didn’t have the long-haul network to connect to.

“So it’s a completely different proposition from a business case standpoint to create a short-haul network that feeds a long-haul network the size of ours which gives the capability for it to be successful.”

He pointed to Virgin Atlantic’s tie-up with Delta Air Lines, which saw the US carrier take a 49% stake for £236 million in December, as being a “big deal”.

“From a British customer perspective, we’re going to offer a bunch of new destinations via Delta’s network and that will make us a more attractive airline,” Kreeger said.

“But I think equally importantly, Delta will be able to offer our services to their frequent fliers, accounts, and travel agencies in the US, and that is going to lead to increased demand for our products on the US side.

“Those two things together really will position us to take advantage of the fact that we’ve got great customer service delivery that people want to fly on and now we’ll be able to offer people the opportunity to do more things.”

The airlines will begin to make the changes once anti-trust clearance has been granted – expected by the end of the year.

This will include co-ordinating transatlantic flight times to offer a better service and speaking to Heathrow about terminal locations, given Virgin and Delta operate from terminals 3 and 4 respectively.

He denied that there would be “wholesale redundancies” as a result.

“But that doesn’t mean there won’t be any, as individual departments are finding ways to become more effective,” said Kreeger.