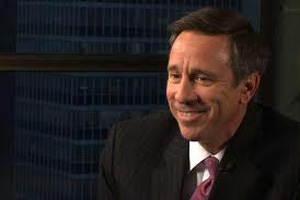 Speaking to the Evening Standard, he said: “I think it is classic old world, short-term politics. We can tax our visitors because they don’t vote – and basically you can do that but you’ll have fewer visitors and therefore less income to tax.”

Although the hotel giant is investing in the capital with a new Edition hotel planned, Sorenson does not feel the Olympics has boosted tourist trade to London.

“I’m not sure that a market such as London is really going to benefit longer-term from the Olympics,” he said. “It is such a compelling destination anyway – and it was before.”

He said it is only London and Paris which manage to trade well in a difficult climate when locations such as Germany and the English regions suffer.

Marriot is expected to open Edition this year after acquiring the freehold to the Berners Hotel in Fitzrovia. The concept is designed in partnership with boutique hotelier Ian Schrager, who set up legendary New York nightclub Studio 54.