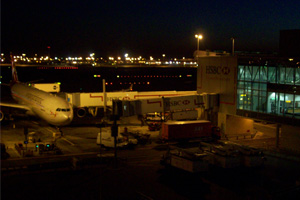 Members of the London Assembly have called for an end to night flights into Heathrow.

The health and environment committee of the London Assembly said that, failing a ban, night flights should be reduced and the flight path changed.

The Airport Operators’ Association (AOA) dismissed the Assembly’s call as “based on a basic misunderstanding and lack of awareness”.

Assembly members issued their call in response to a Department for Transport consultation on night flights.

The committee said more than 70% of night flights currently fly in over central London from the east, disturbing the sleep of many residents.

It argued: “At the very least, planes arriving overnight should approach from the west of London when weather allows.”

The committee suggested the change “would reduce noise disturbance for around 110,000 people in areas like Isleworth, Richmond and Hounslow, but increase it for 15,600 … in parts of Windsor, Datchet and Stanwell Moor”.

Murad Qureshi, chair of the Assembly’s health and environment committee, said: “We want to see the end of Heathrow night flights.

“It is unacceptable that thousands of Londoners are unable to get a good night’s sleep because of planes flying over the capital.

“If they must continue, landing more planes from the west of London would at least share the noise burden more equally.”

The Committee told the DfT it opposes any removal of the current limits on night flights.”

However, AOA executive Darren Caplan said: “Every night flight is made for a good reason – whether postal, freight or passenger services.

“Businesses and households rely on night flights for overnight mail delivery and transfer of urgent parts and medical supplies.

“During the summer, there is a 30% increase in demand for leisure travel which, due to airport and aircraft capacity constraints, can only be provided at night.”

Caplan said night flights were required on routes between Heathrow and the Far East because of the large time-zone differences.

The London Assembly, an elected body, is part of the Greater London Authority. Part of its role is to scrutinise the job of the Mayor, Boris Johnson.