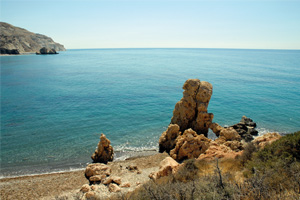 Hotels are functioning, demonstrations are few and far between, and the people are as welcoming as ever, writes Noel Josephides, managing director of Sunvil Holidays

How did you choose the bank where you hold your cash and  into which your wages are paid? For many of us, the advice as to which bank to use comes from  our parents.

So when you open an account in a ‘household-name’ bank, do you check its audited accounts? Do you investigate whether it purchased Greek government bonds and ended up having to take a ‘haircut’ on that investment? Do you know what a ‘haircut’ is – in financial terms?

Just imagine you woke up one day to find your bank had frozen 90% of your hard-earned cash savings over £85,000 because it turned out to be under-capitalised (what does under-capitalised mean to the average man or woman?) and needed the cash to stave off bankruptcy.

However, your neighbour, whose cash is in another bank, is not affected at all. How would you feel?

Well, this is exactly what has happened in Cyprus. Suddenly, those banking with the island’s two largest banks are much poorer because the banks have simply taken their money. Others, banking with foreign banks on the island, are not affected at all.

If Barclays and HSBC in the UK had behaved in this way there would have been uproar. In fact, bankers in the UK, Spain, France, Portugal and Greece have made billions of pounds worth of errors, yet no one with cash in those banks has lost a penny.

Do you blame the Cypriots for feeling sore? Why has life picked on them? Will it forever be the destiny of this small Mediterranean island to be pillaged? How would we feel towards our government and the EU if this happened in the UK?

Yet when you visit Cyprus, as I did last week, it’s as if nothing had happened.

Any demonstrations are few and far between and are civilised affairs. People are stoical and determined to come out of the mess.

Hotels are functioning normally. Restaurants, cafes and tavernas are as welcoming as ever.

Using a foreign credit or debit card you can withdraw as much cash as your card allows. For the visitor, absolutely nothing has changed except that smaller establishments and petrol stations now prefer cash to card.

Even now, so soon after the event, it will be cheaper than it was last year because wages are falling and prices have no option but to follow.

So, if clients have already booked or are planning to book, they should simply continue as normal; they will be welcomed with open arms.