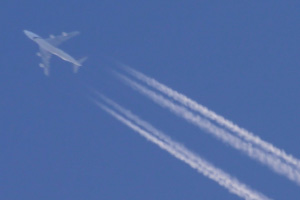 Approval of an “open skies” agreement between Israel and the European Union to give European carriers greater access to the lucrative Israeli tourism market has triggered a strike by airline workers.

The Israeli government hailed the agreement as a breakthrough reform to liberalise the commercial flight market, boost incoming tourism and generate economic growth.

But workers for three Israeli airlines – El Al, Israir and Arkia – protested against the deal, which they warned could threaten the financial health of the Israeli companies and cost thousands of jobs.

El-Al staff were said to be on strike until further notice. Israel’s airport authority employees are expected to walk out tomorrow in solidarity, temporarily paralysing the country’s airports and border crossings.

“There will be nothing new here tomorrow morning, only … European companies trampling the Israeli airlines and our livelihood,” Asher Edri, head of El-Al’s employee committee, reportedly said.

Transportation minister Yisrael Katz characterised the agreement as significant in lowering the cost of living, since it will encourage competition that should lead to lower fares for Israelis traveling to Europe.

The “open skies” agreement will take effect in mid-2014 and be implemented over a five-year period.