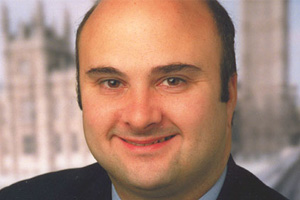 An influential Labour commentator has warned the travel industry not to bank on Labour winning the next general election.

Labour Party commentator and Progress magazine columnist Paul Richards (pictured) told the Guild of Travel Management Companies (GTMC) conference in Barcelona: “There is a collapse in confidence on the Tory side, but it is misplaced.

“I don’t think Cameron has lost the confidence of the nation as Gordon Brown did.”

Richards said: “The government is doing unpopular stuff, but it hasn’t begun doing the popular stuff yet – offering tax breaks, for example – and George Osborne is the most political chancellor we’ve seen.”

He suggested a Conservative government or Tory-led coalition with the Liberal-Democrats remains the most likely outcome from the first-ever fixed-date election in the UK in 2015.

Richards said: “The Tory argument will be ‘We’ve been through the pain, don’t throw it away; don’t change horses in mid-stream’.”

But Richards insisted: “Labour is nowhere near as far ahead as it should be at this stage.”

Richards said Labour leaders believe they can win with 35% of the electorate so long as their opponents are split.

However, he argued: “That is not a viable strategy. It is like trying to win a football match 1-0 in the final minutes.”

Richards described Labour leader Ed Miliband as “often the cleverest person in the room” but asked: “Is Ed ready?”

He said: “There is a gap in terms of policy and ideas. Labour has taken the position not to offer any detailed policy. Miliband needs new advisors, in particular from business.”

However, Richards added: “History is littered with unlikely people becoming prime minister – Margaret Thatcher was a surprise choice as leader of the Tories.”