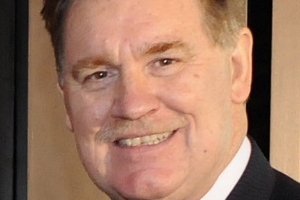 Nancy Cockerell is a travel industry researcher and analyst

After 18 months in the hot seat as chief executive of the Pacific Asia Travel Association (PATA), Martin Craigs (pictured) received a resounding vote of confidence from the PATA board at the association’s annual general meeting in Bangkok at the end of April.

PATA may not be wholly out of the doldrums, but since Craigs took office the association has significantly reduced its liabilities, increased its membership by more than 100 to just under 800 – through new blood and attracting back former members – and set a clear direction and targets for the short to medium-term.

It should be remembered that when Craigs joined PATA in October 2011 the association’s future was seriously in question.

Membership was down drastically from its peak in the late 1990s to early 2000s and financial losses had accumulated over several years.

By contrast, PATA leaders are now optimistic the association will achieve an operating profit this year.

Craigs said: “There is still a long way to go. But our Next Gen (Next Generation) strategy coupled with a focus on human capital development and sustainability represents a move to shift PATA from the traditional analogue to the digital world, embracing a new model of marketing that is value-centric and aligns members’ needs with benefits.

“Next Gen is not an ageist term,” Craigs added, “but is all about a change in mind-set.”

Admittedly, given the association cannot please all its members all the time, the inevitable criticisms were heard behind the scenes in Bangkok – both during the board meeting and the preceding day-long annual summit.

But there was general endorsement of former aviation specialist Craigs’ pragmatic approach to turning the association’s fortunes around, and his commitment to work in co-operation with other international and regional tourism bodies was seen as a welcome shift in direction.

One fairly contentious proposal was Craigs’ decision to focus on the term ‘visitor economy’ to define travel and tourism’s full value – although in the end it was adopted without argument and strongly endorsed by members and visiting speakers such as Visa head of cross-border business Ross Jackson and UN World Tourism Organisation (UNWTO) secretary general Taleb Rifai,

Craigs argued: “We are fortunate to be in the most dynamic travel and tourism region of the world and current forecasts are all relatively bullish.

“But we need to communicate more effectively the full value and wide-ranging impacts of travel and tourism to governments, the industry and the public at large.”

The term ‘visitor economy’ is more or less interchangeable with ‘tourism’ or ‘travel & tourism’ economy – the terms traditionally favoured by international organisations.

But Craigs, like an increasing number of his peers, believes the word ‘tourism’ depicts the industry as a “light and fluffy industry and one which is, therefore, more susceptible to being taxed”.

He said: “Despite years of efforts on the part of organisations like the UNWTO, World Travel & Tourism Council (WTTC) and World Economic Forum, most countries in the region, as in the rest of the world, still do not get the message clearly.

“They continue to underestimate the value of the travel and tourism industry, which is so much more than the direct impacts from sectors servicing or directly engaging with tourists.”

Craigs argued: “Visitor economy better reflects the importance of a sector that runs deep into the global and national and regional economies.

“In addition to its impacts on GDP and employment, tourism stimulates investment and the engagement and collaboration of communities, tourists, governments, local suppliers and businesses throughout the supply chain.”

So ‘visitor economy’ is the term PATA will use when conveying the value of travel and tourism to governments. Let us hope it has the desired impact.