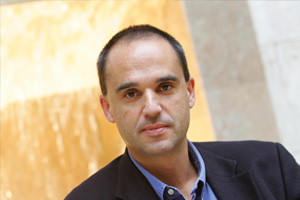 The group was a member through its business to consumer brand Lowcost Holidays which no longer has the Abta logo on its website.

Evans (pictured), an outspoken critic of Abta, came out in favour of All Leisure Group chairman Roger Allard in the battle for chairman but did not reveal he had already left the association.

It is understood the withdrawal of Lowcost was confirmed to Abta board members at its latest meeting on Wednesday.

Speaking to Travel Weekly this morning he sought to play down the move. “My views have been known for a long time. This should surprise no one.

“We are out of Abta and we have been for a while. I wish them well. We have an international business and as far as we are concerned we are behind the Atol logo.”

Evans threatened to quit Abta last July days before renegotiating its bonding, something said to have reduced the firm’s costs on membership by £2 million or 75%.

An Abta spokeswoman said: “We are not happy when anyone leaves, we always want members to stay in Abta.

“Lowcost has their own business reasons for leaving. They have been talking about leaving for quite a while. I do not think this will be a surprise to anyone in the industry.”

Evans was a founding member of the Association of Travel Agents, set up to lobby in Brussels on Package Travel Directive reform.

The group claimed Abta had not been lobbying to protect agents’ interests, something denied by Abta.