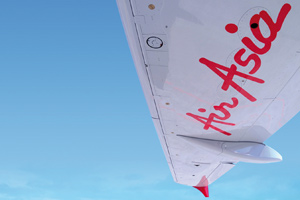 Higher fuel and finance costs resulted in the first drop in profits in five quarters at budget carrier Air Asia.

AirAsia’s passenger numbers rose 7% to 5.2 million in the period, and average fares increased by 2%.

Group chief executive Tony Fernandes said the carrier had potential for “double digit” growth this year with expansion into India and the Philippines where it has taken a 49% stake in Zest Airways.

Indian operations are due to start in the fourth quarter in partnership with the country’s Tata Group.

He described the only “blip” in the quarter as being foreign currency.

“If you take that out we grow profit by 10%,” he told Bloomberg TV, with Thailand and Indonesia operations having “stellar results”.