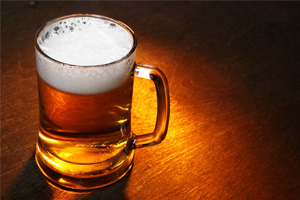 The government of the United Arab Emirates has declared a public holiday during the Institute of Travel and Tourism conference in Abu Dhabi next week.

The timing of the Israa Wal Meraj (or Miaraj) holiday on June 6 means that no alcoholic drinks can be consumed or will be served from 6pm on the evening of the final night of the conference on Wednesday June 5.

The Abu Dhabi tourist board confiirmed that hotels would not be serving alcohol beverages during the period.

UAE newspaper The National announced the timing of the holiday only a week ago on May 21 and a three-day weekend for public and private sector workers.

Timings of holidays in UAE are always subject to change and can be announced as late as 24 hours before because under Islamic tradition they are based on local sightings of the moon.

On the conference’s final night delegates are due to experience authentic desert life during an excursion an hour’s drive from the city including camel rides, dune bashing, sand ski, henna painting and tug of war, according to the conference programme.

Afterwards delegates are due to return to the Fairmont Bab Al Bahr hotel to the Shisha Lounge to “enjoy a relaxing farewell to Abu Dhabi”.

The conference brochure makes no mention of a late night bar on the final evening or lists any sponsors for the farewell party.

Speaking to Travel Weekly as he arrived in Abu Dhabi on Tuesday ITT chairman Steven Freudmann sought to play down the impact the timing of the religious holiday might have on the event but said he was “working on a Plan B”.

Freudmann claimed the national holiday had not yet been finally confirmed. “It’s not been confirmed and it if does happen we will have alternative plans. I don’t think delegates will be concerned but we are looking at a plan B. It’s not a major issue.”