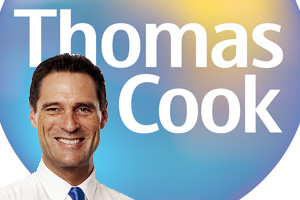 Thomas Cook’s UK business was like “a Swiss cheese” according to UK chief executive Peter Fankhauser when he took over last year.

Addressing the Institute of Travel and Tourism (ITT) conference in Abu Dhabi, Fankhauser admitted the brand was on its knees.

He told the ITT: “Our UK business reminded me a bit of a Swiss cheese. It was a strong, easily identifiable brand for people of good taste. But there were many holes.

“Our UK division was not in good shape. From wanting to grow quickly, the company made some bad decisions.

“It was serious. It proved it does not take much to bring a large brand to its knees.”

Fankhauser declined to apportion blame for “the mess” or to criticise his predecessors.

He said: “I have great respect for [former UK chief executive] Ian Ailles, who lost before he started because of the structure he inherited. He had no chance to succeed.”

And he described Manny Fontenla-Nova, who preceded Ailles and was group chief executive, as “one of my friends”. He said: “Manny is a fantastic guy – a fantastic personality.”

However, Fankhauser conceded: “In the UK, there were acquisitions that did not turn out well. That is one of the challenges – to integrate businesses without breaking them.”

He insisted a turnaround is now well underway, saying: “We have come a long way in a short time. We’re making progress, although we are not done yet.”

Fankhauser said when he arrived in the UK from Frankfurt, where he had previously turned around Cook’s German business, it “was pretty obvious” what needed to be done.

“We were a business very much structured in silos. We had to go straight and move fast,” he said.

“We started at the top, like cleaning the stairs, sorting out the management structure. The UK went from having three [management] boards to one – with no mainstream or specialist business, just one business.”

He added: “You start with the fundamentals when a company is not in great shape, when it is not transparent, when the structure is like spaghetti.

“You need the 100% backing of your boss or you are sunk from the start. Then it is just a matter of doing it and keeping the pace.

“We have a plan. We don’t want to fight with the low-cost carriers. We want great product. We want to listen much more to our customers – not just to consumers but also to our trade partners.”