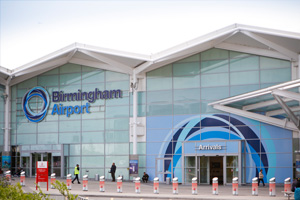 A call for a new runway at Heathrow to be abandoned in favour of a network of long-haul hubs across the UK is expected from Birmingham airport in its submission to the government’s airports commission.

The Midlands airport will outline plans that would give it a Heathrow-size operation handling 70 million passengers a year, the Financial Times reports today.

It calls for “London, Birmingham and Manchester to all have the great long-haul airports that they need to succeed”, rather than the UK having just one hub in the southeast of England.

Birmingham airport chief executive Paul Kehoe reportedly said: “We believe the best thing for UK aviation is to create a network of long-haul national airports, each supporting the comparative economic advantages of that region to boost trade, foreign investment and tourism.”

Birmingham airport has around 500,000 businesses in its catchment area, second only to Heathrow, at 600,000. Many of them are high-value manufacturing companies exporting to long-haul destinations.

It is estimated three million business people from the Midlands travel via Heathrow each year.

Consultancy Capital Economics calculates that Birmingham could serve up to 18 million business passengers – second only to Heathrow – by 2032, when the HS2 high-speed rail line is scheduled for completion, with a station linking Birmingham airport to London and the north, according to the newspaper.