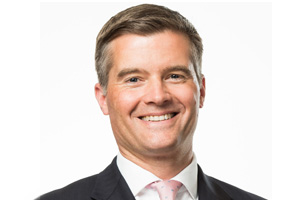 Immigration minister Mark Harper (pictured) says it’s a misconception that Chinese visitors have a hard time getting a UK visa and it’s time to stop knocking the system.

Over the last few months and again in the last week, we’ve seen considerable criticism in the media of the UK’s visa system in China.

The system has been accused of preventing visitors from coming to the UK, and has been cited as a barrier to growth.

I believe we have a good visa service – and our customers agree. But I also agree that we should do more – and would like to reassure the travel industry that we are committed to increasing the number of visitors from China.

Contrary to reports, the Home Office is succeeding in running a good visa service in China.

The facts speak for themselves – almost 300,000 visas were issued in 2012 with the vast majority processed in 15 days and around half in just five days.

Our customers in China are happy, with 99% of those surveyed saying they were satisfied with the service, and telling us that it compares well to their experiences with other visa services.

In the last few months we’ve made considerable improvements to our visa system. At the beginning of May we introduced a new ‘passport pass-back’ scheme, which allows customers to keep their passport while their visa is processed, so they can apply for another visa at the same time.

We also plan to offer visa information in Mandarin and simplify the approach for tour groups by allowing group members to apply at different visa application centres.

But despite this work, the misconception that it is ‘hard to get a visa’ has become commonplace, partly due to publicity of the kind we saw last week.

This result neither benefits the travel trade, wanting to attract Chinese visitors to spend money in their hotels, shops and attractions, nor the government trying to instil confidence amongst customers in our visa system.

I want to work with the industry to close the gap between perception and reality.

We need to make sure that the UK’s visa system is portrayed accurately, in the UK and overseas, as a service that is continually improving to meet the needs of Chinese visitors. We also need to move away from focusing on simplistic and unworkable solutions for visas, for example joining up with Schengen.

Compromising the security of our border in that way is not something that this government or the British public want.
However, we will continue to work closely with travel agents and tour operators to find ways of further streamlining the approach for applying for both visas alongside one another.

We are open to ideas – and are listening and working with many of you in the industry. The resulting ideas and direct feedback have helped us shape the improvements that have been made so far.

There is more we can, and will, do and I hope to make more announcements shortly.

As the Home Office builds an even better visa system I’d urge everyone to stop knocking the UK offer and instead start shouting about all that Britain has to offer Chinese tourists.