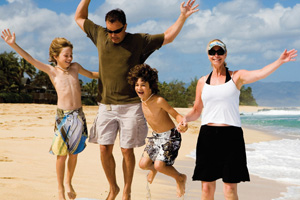 Benidorm, the Algarve and Sharm el Sheikh top the list of most popular summer destinations for accommodation-only bookings via Multicom’s FindandBook system over the past six weeks.

Palma, Faro and Dalaman top the list of flight-only bookings followed by Tenerife and Lanzarote.

Majorca tops the package holiday booking charts with a 21% share of the market, followed by Sharm el Sheikh with 12%, the Algarve on 8%, Corfu with 7% of bookings and Dalaman with 6%.

“The recent unrest in Turkey is showing no signs of affecting demand from British holidaymakers for the popular resorts the country has to offer,” Multicom said.

Managing director John Howell said: “There are very few surprises in this latest analysis of bookings made through FindandBook over the last six weeks.

“While we know demand is slightly higher than last year the traditional family favourites of Spain, Portugal, Turkey and the Canary Islands continue to feature prominently.

“As predicted during peaks Sharm el Sheikh is also proving to be a popular destination this summer while demand for Turkey is showing no noticeable decline, reflecting the resilience of the British holidaymaker who is not discouraged by protests and unrest in the region.”