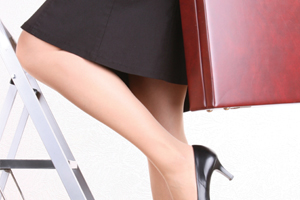 Women are “woefully under-represented” at executive levels of top tourism companies despite making up the majority of the industry’s global workforce, a new think tank claims.

The group’s Sun, Sand and Ceilings: Women in the Boardroom in the Tourism Industry report follows research into 78 companies across four of the major sectors of the tourism industry in the UK – international tour operators, airlines and cruise ships, hotel groups, and international professional associations.

It found that only 15.8% of board members are women and more than a quarter of the companies have no women on their boards.

As a result Equality in Tourism believes that the UK-based tourism industry is in poor shape to meet a proposed EU Directive on 40% targets for women on boards for all European tourism companies with a turnover of €50 million or more, which could come into force in the next few years.

The organisation is calling on the industry to start addressing the problem now by setting targets of at least 25% female representation on boards for 2015.

Barnett said: “It is an uncomfortable truth that women are very poorly represented in decision-making processes at every level of the tourism industry. They are also the hardest hit by its negative impacts.

“Equality in Tourism will work with all players, in the community as well as within the industry, to ensure that women are informed and empowered and can contribute as equals.

“Tourism will only be sustainable when women have an equal share in its development.”