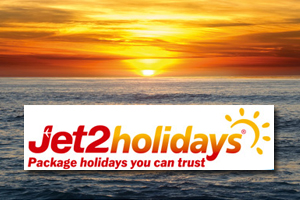 The increasing scale of Jet2holidays enabled the operator to improve both operating margins and profitability, with pre-tax earnings more than doubling last year to £6.8 million.

Profits at sister airline Jet2.com increased from £21.7 million to £29.3 million in the year to March 31 as overall demand for seats, boosted by demand from Jet2holidays, resulted in higher load factors and increased yields.

The airline operated 45 aircraft last year, of which 37 were owned by the group. A further five aircraft were purchased during the year, plus another two added more recently to meet planned expansion for summer 2013.

Jet2.com now flies to 51 destinations in 19 countries and operated a total of 173 routes in the year, adding the new destinations of Pula and Grenoble.

The figures were released this morning by parent company Dart Group which saw overall pre-tax profit rise from £28.1 million to £40.5 million.

The group is now the UK’s third-largest Atol holder.

Chairman Philip Meeson said: “In the year to 31 March 2013 we took over 417,000 customers on package holidays, and current booking rates indicate that we will double that in the current financial year.”

He added: “Each of our businesses have great opportunities in their respective marketplaces together with strong and energetic management in place.

“Jet2holidays is set for further growth in the current year, with forward bookings at encouraging levels.

We have expanded Jet2.com’s flying programme by 12% for summer 2013, although margins will continue to remain challenging in this sector.

“We are encouraged both by our business opportunities and the start we have made to the current year but as always, in the current economic environment, we remain cautiously optimistic in respect of profit growth.”