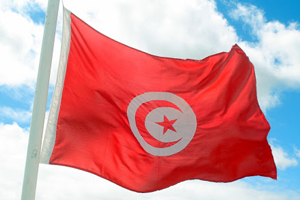 Flights to and from Tunisia will be subject to disruption and cancellation today (Friday) after a general strike was called in protest at the killing of a prominent opposition figure, the civil aviation office said, according to reports.

News agency Reuters reported overnight comments from the country’s civil aviation office, that “all flights to and from Tunisia will be cancelled because the workers at the airport responded to the calling of the general strike.”

However, on Friday morning it was unclear whether all carriers would be cancelling flights and whether the strike action would affect only Tunis airport.

Reports suggest all Tunisair flights to and from the country have been grounded.

Protesters gathered in cities across the country on the eve of the strike, calling for the government to resign.

A total of 54,752 British holidaymakers visited the country in June, a rise of 46% on the same month last year.

Figures show that the number of arrivals in June was up 42% on the numbers achieved in June 2010 – a year and a half before the start of the Arab Spring in December 2011.

The TNTO expects the number of UK holidaymakers to rise during the summer peak season thanks to new Tui flights to Enfidha from Exeter, Edinburgh, Leeds/Bradford and Norwich and hotel openings.

UK and Ireland director Wahida Jaiet said: “We’re delighted to see Brits going in larger numbers than ever before to Tunisia.

“This year, we’ve worked hard to extend Tunisia’s appeal by showcasing our 3,000 years of culture, outstanding natural landscape, prestigious golf courses, authentic agrotourism experiences and boutique hotels, so it’s fantastic to see that our efforts have led to a record-breaking number of UK tourists visiting our shores.”