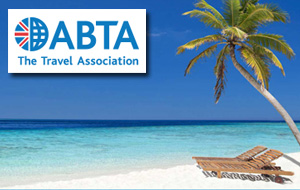 Abta has confirmed its belief that European Commission proposals to revise the Package Travel Directive would extend the definition of a package holiday to UK bookings currently defined as Flight-Plus.

This would extend the liabilities of traditional tour operators to major online travel agents (OTAs) and to any high-street retailer selling holidays as an ‘organiser’ rather than as an agent.

The prospect of such an extension provoked a split in Abta’s ranks at the end of last year and establishment of a separate lobbying group, the Association of Travel Agents, by a minority of members.

The former would be a package and the latter a kind of modified Flight-Plus booking.

Simon Bunce, Abta head of legal services, told Travel Weekly: “Most OTAs operate a shopping basket model and that would fall firmly in the definition of a customised package, not an assisted travel arrangement.”

He said: “The EC appears to have looked at Flight-Plus and recognised there are some attractions to a model that provides financial protection, but does not place such onerous obligations on the seller.

“But when it came to a package, the EC has gone a long way further into travel agents’ business than Flight-Plus.”

Some industry experts have suggested the proposals are unclear. Association of Atol Companies legal Adviser Alan Bowen said this week: “The directive has not been well written. The dynamic packagers have got away with it.”

But Bunce said: “I think it is pretty clear.”

The revisions are likely to be finalised early next year, but not come into force in the UK until 2016.

Abta is due to send out briefing material to members today and launch a consultation of members next week.