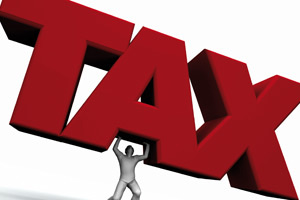 A campaign has been launched to demand a cut on VAT on tourism in an effort to boost jobs.

The British Hospitality Association is calling on regional communities across the UK to back its call to cut tourism VAT from 20% to 5%.

The Cut Tourism VAT campaign released details of a survey showing that British holidaymakers are unaware that the UK is one of only four countries in the EU to charge VAT on tourism at the full 20%.

More than two-thirds of people thought it unfair that UK families pay more than double the VAT as Germany and France for a domestic holiday.

The campaign has produced an infographic showing how UK holidays struggle to compete with comparable holidays in France; a country which enjoys a 7% VAT rate on items such as visitor accommodation. Campaign chairman Graham Wason said: “Victory for this regional campaign would mean British families being able to enjoy more holidays and breaks in their own country. It would also mean greater tourism spend, investment and jobs in communities where tourism is a key part of the local economy.”.

The Cut Tourism VAT campaign study reveals that 86% of Britons consider the cost when choosing to go on holiday, with a quarter saying it is the most important factor in deciding when and where to go.

Eight in ten of the people polled admitted they would be more likely to holiday in the UK if hotels, attractions and holidays parks in this country were cheaper.

Blackpool is one of the key target destinations for the Cut Tourism VAT regional campaign.

David Cam, company secretary and director of Blackpool Pleasure Beach, said: “Tourism is one of the most important industries in the country, a fact acknowledged by successive prime ministers.

“However, the Treasury appear blind to the extraordinary opportunities which a reduced level of VAT on tourism products bring to the British economy.

“Not only would the Staycation concept develop rapidly but there are millions of foreign tourists who perceive the UK is extremely expensive and would be encouraged to visit here should VAT see a reduction.”

Paul Maynard, MP for Blackpool North and Cleveleys, said: “I have been a big supporter of this campaign and have made my points very clear to successive ministers.

“I believe by cutting VAT we will increase levels of incoming tourism, making the UK much more attractive to visit. Incoming tourism is new money into the economy of this county and should be encouraged where possible.”

BHA chief executive Ufi Ibrahim said: “Britain is such a great country with so much to do that we should be making it easy for people to holiday at home. The current VAT levels are making it hard for us to compete with cheap resorts abroad. As a result Britain’s hospitality industry is suffering.

“We have so much to offer and it’s madness not to allow our hotels, resorts and attractions to compete on a level playing field with our European neighbours.

“It might not be the sexiest subject in the world but VAT is an important one. Cutting tourism VAT in the UK to 5% can benefit everyone, from the average Brit holidaying at home or keeping their children entertained in the school holidays; to local hotels, B&Bs and restaurants trying to survive; to local jobseekers looking for work.”