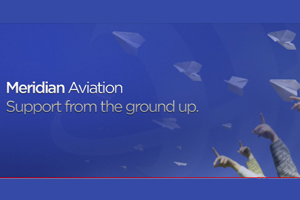 A flight broker with links to former XL Leisure boss Phil Wyatt has gone into liquidation.

No-one from Meridian was available to comment, but Noel Josephides, Abta chairman and Sunvil boss, confirmed the failure. Sunvil had just 20 seats with Meridian.

“Meridian is a shadow of what they used to be, they couldn’t get the aircraft.”

A spokeswoman for Small Planet Airlines confirmed: “Small Planet is operating its schedule as normal.”

Olympic Holidays, the operator with the largest number of seats with Meridian,  reassured agents that clients’ holidays would go ahead as planned .

The Greek specialist operator contracted flights with Small Planet Airlines from Gatwick, Manchester and Birmingham to Crete, Zante and Rhodes.

Olympic Holidays commercial director Photis Lambrianides said: “We have used Meridian but the relationship has now been transferred to Small Planet Airlines.

“Nothing has changed apart from this middle tier, our programme will be carrying on as normal. Our payments go directly to the airline so none of our clients have been asked to pay any extra money.”

Meridian Aviation’s sole director and secretary is listed at Companies’ House as Halldor Sigurdarson. The company shares an address with Meridian Aviation UK Ltd of which Wyatt is a director.

Meridian Aviation Solutions, based at the same address, lists Sigurdarson as sole director and had Wyatt’s brother James as a director and company secretary until last year.