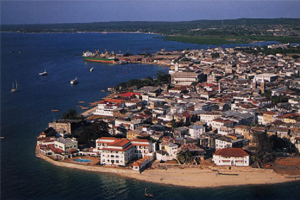 Two British women charity workers have had acid thrown in their faces in a late night attack on the island of Zanzibar.

The 18-year-old women were attacked by two men on a moped as they were walking through the streets of Stone Town, the centre of the capital of the east African island.

The acid splashed their faces, chests and hands and they had to be flown to hospital in Dar es Salaam, Tanzania, for treatment, Sky News reported.

The assault is the first against foreigners in the popular tourist destination.

Deputy police commissioner Mkadam Khamis was reported as saying: “Police in Zanzibar have launched a manhunt, and we ask for public assistance in identifying the attackers.”

He added: “The motive for the attack on the volunteers, aged 18 years, has not been established.”