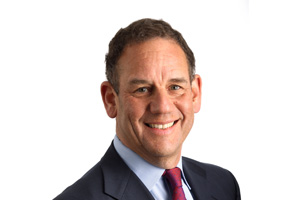 The UK tourism board has bolstered its expertise with the appointment of three experienced travel executives. Here, the board’s chairman spells out the importance of industry partnerships to Juliet Dennis

When Christopher Rodrigues took the helm at VisitBritain six and a half years ago he knew it would be difficult to get the attention of ministers.

But with just 18 months to go until he steps down, he believes he has cracked it.

Having managed that, it would be foolish to waste the opportunity, argues Rodrigues.

“A lot is going our way,” he  said. “The government is on side to the extent that is realistically possible, so let’s use that goodwill, get off our soapboxes and get on  with the job.”

One of the most valuable lessons Rodrigues has learnt after moving from the private sector – he started his career at American Express – to a government-funded organisation, is that if you press the right buttons and work with ministers on issues close to their hearts, other goals become more achievable.

“We are playing the game the government wants, and why shouldn’t we?” he said.

A good example, he added, is the process Chinese visitors go through to obtain UK visas. Rodrigues insists the government is working hard to simplify the bureaucracy and make the process quicker.

“The government is very keen to make real progress on the visa process. Once we get what is needed in China, then it’s possible to say ‘what about improving the visa process for South Americans?’”

It is not difficult to see where Rodrigues is coming from. He can see a willingness from government and his enthusiasm is infectious.

“Why don’t we deal with things that can be fixed practically?” he said. “This is an industry that is doing extremely well; you are not going to get much sympathy by crying in the corner.”

The US is a concern for Rodrigues. It remains the biggest incoming market for the UK in value terms, while continental Europe provides the biggest volumes of tourists.

Britain suffered a 30% drop in visitors from the US between 2000-12, according to figures from the US government. In the same period, the US international outbound market to countries other than Europe, excluding Mexico and Canada, was up 26%, says Rodrigues.

But he is quick to point out Britain was already punching above its weight. In 2000, Britain attracted four million US visitors – nearly 15% of the US’s total outbound visitors.

What he and his colleagues at VisitBritain recognise is the need for a different approach to lure US visitors; for example, by highlighting experiences they were not aware of before, rather than focusing on the destination.

“If you want American visitor numbers to stay where they are or improve, we have to re-energise our image, we need to pitch it differently,” he added.

“But with our budget, we cannot do it alone. We need to do it with our public‑diplomacy partners, including the UK travel industry.”

Industry partnerships are critical, says Rodrigues. Partnership marketing can, for example, bring together details of regional museums or golf courses via the tourist board. These can then be targeted at potential customers.

“If I know certain holidaymakers like museums, I can market the National Trust to them.

“We don’t own the content, so the real challenge for the industry is to create content that can be electronically merchandised.