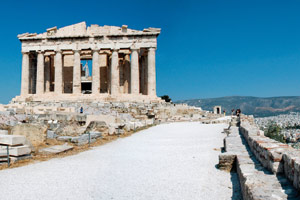 Marketing Greece, a non-profit organisation formed by several tourism and advertising bodies, has appointed London-based PR and marketing agency Hills Balfour to deliver its strategy in the UK.

Plans over the 18-month period include attendance at trade shows, engagement with operators and agents, and assistance for regions in Greece to target the trade with tailored products, fam trips and training.

General manager Iossif Parsalis told Travel Weekly: “The situation and the environment of the past couple of years in Greece led to the formation of Marketing Greece.

“We work very closely with the ministry of tourism and the Greek National Tourism Organisation, and our objectives include establishing Greece as one of the top 10,
if not the top five, destinations by 2020.”

He added: “We want to raise visitor numbers, and specifically we are looking to increase high-value visitors, address the issue of summer seasonality and establish Greece as a year-round destination.”

In March 2012, a number of senior figures from the UK industry, including Abta chief executive Mark Tanzer and Aito chairman Derek Moore, wrote to the Greek authorities demanding more support for the UK trade to promote the destination in the wake of tourism-damaging media coverage of riots in Greek cities against austerity measures.

But Parsalis said he was not aware of the letter and said it was not a direct contributor to the formation of Marketing Greece.

Travel Weekly recently reported that the market to Greece appears to have made a recovery over the past year after suffering during protests over the country’s austerity measures. Operators including Mark Warner and Sunvil reported a strong upturn in Greece bookings this year.