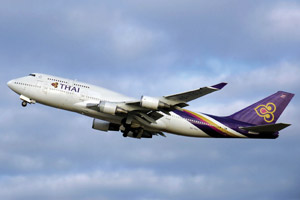 Thai Airways has denied media claims that it was following the policy of the Star Alliance to black out its logo on an aircraft which skidded off the runway at Bangkok airport.

Various reports suggested that the blurring of the logo was a recommendation from the global alliance intended to protect the image of the airline and other members of the group.

But Thai Airways said in a statement: “Thai generally practises the de-identifying of an aircraft after an incident (or accident). The company also clarifies that it is not a Star Alliance policy or procedure to de-identify aircraft.”

More than 10 people were injured when the Airbus A330, on a flight from Guangzhou in China, came off the runway late on Sunday night.

There were 288 passengers and 14 crew on the aircraft.

An investigation into the accident has been launched.