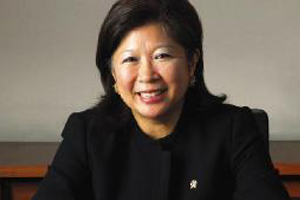 The boom in travel and tourism in Asia will not mean vast numbers of Chinese and other nationalities suddenly visiting the UK or elsewhere in Europe, as frequently claimed.

Domestic and regional tourism will account for most of the growth.

Pangestu repeated recent growth figures and forecasts for the Asia-Pacific region – the world’s highest growth rates since 2005 and 4.9% annual growth in travel and tourism forecast over the next ten years.

But she said: “Domestic tourism provides 60% of tourism revenue across the world and most definitely domestic tourism will grow. In Indonesia it is two-thirds [of the total].”

Pangestu added: “It’s important to emphasise most tourists visit destinations in their own region. Four out of five do so worldwide, whether in Europe or Asia.”

She noted there are also important differences within the region: “The different demographics are important. North Asia is ageing, but southeast Asia has a young population.”

However, Pangestu also highlighted challenges other than infrastructure in coping with such travel growth.

She asked: “How do we ensure we do things in an environmentally sustainable way that makes economic and business sense?”

“How do we align ourselves with the culture of visitors but also retain our own culture and grow? This is a big challenge and I don’t have any answer. We all struggle with it.”