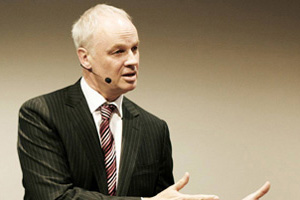 The British government was singled out for criticism at the Asia Summit of the World Travel and Tourism Council (WTTC) in Seoul yesterday.

WTTC chief executive David Scowsill hit out at Britain, calling it “the worst example” of public-private sector partnership in the world.

Scowsill told the summit: “There are very few examples of public-private sector conflict now with the exception of the UK.”

He said that in Britain: “The private sector is making no progress on Air Passenger Duty (APD) or on VAT at 20% [on tourism services].”

Scowsill constrasted Britain with the US, where he said: “There was conflict between the public and private sectors but President Obama woke up to it.”

Earlier he told the summit: “It’s vital our members’ efforts as private companies are properly understood by governments [and] that government leaders recognise this industry as a priority for economic growth and job creation.

“Too many governments still view travellers as a soft target for taxation.

“The UK’s APD is the worst culprit, destroying UK GDP by around $6.3 billion per annum and costing some 90,000 jobs.”

Scowsill said: “Taxing the tourist does not lead to positive economic growth – it leads to the opposite. Taxes in our industry need to stimulate growth rather than stifle it.”

He called instead for “proportionate taxation”.

Scowsill also hit out at barriers to travel imposed by costly and time-consuming visa requirements.

He said: “Despite an increasing number of visa-waiver programmes around the world, too many people still find it too difficult to cross borders as tourists.”