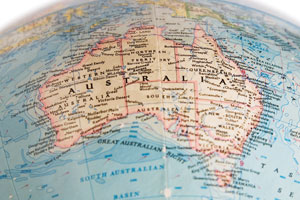 Tourism Australia has signed a £6 million deal with STA Travel to promote youth travel to Australia.

The three-year agreement aims to build on a number of successful collaborations between the two organisations, including Tourism Australia’s ‘Best Jobs in the World’ competition which regularly causes a large boost in Australia bookings for STA.

The deal will see the two work closely to promote travel to Australia from a number of key markets including the UK, Germany, France, the United States, Japan and Singapore, as well as domestic travel within Australia.

Tourism Australia managing director Andrew McEvoy said: “Up to now, most of our major strategic marketing agreements have been with airlines, so this deal marks a significant and very positive step towards broadening the international marketing and distribution of Australian holidays.”

He said STA Travel’s network of more than 400 stores across 85 countries provided a ‘powerful distribution platform’ to market Australia overseas.

Denise Von Wald added: “The success of our recent collaboration on the Best Jobs in the World has already demonstrated strong commercial results, and we hope to see this performance continue as we formalise and further extend our partnership with STA Travel.”

Constable said: “Australia is a core part of STA Travel’s business and whilst the short-term partnership agreements have delivered strong results, we see a longer-term approach as much more beneficial to driving more youth business to Australia.”