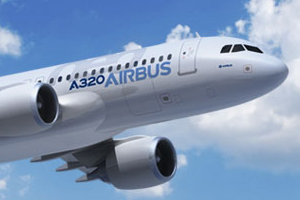 Vietnam-based VietJetAir has placed an order for as many as 92 Airbus A320 aircraft.

Airbus also unveiled a lighter version of its A330 wide-body jet aimed particularly at markets such as China, which is already the biggest buyer of the aircraft.

China is set to supplant the US as the largest market for commercial aircraft by 2032, Airbus said in its annual forecast spanning two decades.

Chief executive Fabrice Bregier said: “The Chinese market will be the biggest one in the next 20 years, and we’ll continue to lead there.”

The deals will bring Airbus beyond the 1,000 aircraft orders the company predicted it will gain this year.

Qingdao Airlines, a newly-established private carrier in China, agreed to buy 23 A320s in a deal valued at $2.3 billion.