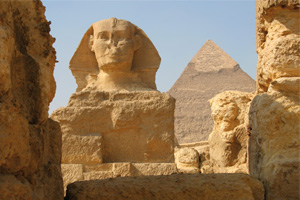 Several countries, including Germany, the Czech Republic, Belgium and Holland, have relaxed their advice on visiting Egypt’s Red Sea resorts.

The move followed pleas from Egyptian tourism authorities ahead of the key winter sun season, the Daily Telegraph reported.

The Foreign & Commonwealth Office continues to advise against all but essential travel to the rest of Egypt “except for resorts on the Red Sea in South Sinai and those resorts on the Egyptian mainland in Red Sea governorate (including Hurghada)”.

Holidaymakers are still advised by most governments not to travel to parts of Egypt beyond the Red Sea, including major cities such as Cairo and Luxor.

The US State Department continues to advise against travel to all of Egypt and yesterday issued a worldwide travel alert due to heightened threats of a terrorist attack.

Visitor numbers to Egypt have slumped since recent civil unrest prompted foreign ministries around the world to issue their citizens with warnings not to travel to the country.