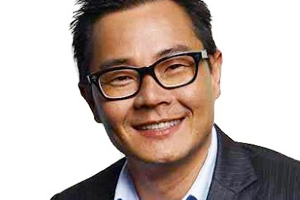 The boss of Travelzoo Asia Jason Yap has welcomed the move by home secretary Theresa May to simplify the visa process for Chinese visitors.

However, Yap said the UK needs to better promote key cultural tourism attractions that appeal most to Chinese visitors. British fashion has a strong following in China and needs its profile raised to attract more travellers, he said.

May announced plans last week to simplify the visa process for Chinese visitors by bringing in a joint visa application for the UK and the 26 Schengen area countries of Europe.

Following the success of London Fashion Week, Yap believes Britain is failing to capitalise on the pulling power of UK designers which he sees as an “enormous asset” with the Chinese.

“The news that the UK will seek to streamline the visa process for Chinese visitors by introducing a joint visa application process is great news indeed,” he said.

“Chinese visitors typically do a multi-country tour of Europe and the ‘must do’ destinations have long been France, Italy and Switzerland, known as ‘the fa-ee-ray tour’.

“The UK has been off the hit list for some time now. This has been due to a number of factors, but there is no doubt that the simplicity of the Schengen visa for the rest of Europe has had a big impact. It will take some time to break down the tradition of the ‘fa-ee-ray’ and to lure visitors across the Channel.”

He added: “Once the new initiative kicks in, the UK needs to do some strategic profile-raising of its many attractive assets – in particular the educational heritage of places such as Oxford, Cambridge and Eton, which hold huge appeal for the Chinese visitor.

“Whilst France’s luxury brands like Chanel and Louis Vuitton attract Chinese tourists in their droves, the UK’s educational institutions are like a luxury brand in themselves.

“As the Chinese consumer’s tastes get more sophisticated, there is also a growing appreciation of both UK fashion superstars and up-and-coming designers such as Stella Mc Cartney, Anya Hindmarch, Gareth Pugh and Christopher Kane.

“More could be done to promote these valuable national treasures who represent the best the UK has to offer.”

“Making the process of visiting the UK less expensive and less complicated for Chinese tourists will enable the UK to grow its market share of tourism from China, the world’s third largest tourism spender.

“Abta has long called for a balanced visa system that does it’s part to support the UK’s inbound, outbound and domestic tourism mix.

“By enabling tourists to visit and spend in the UK, we generate jobs and growth. Simple steps, such as this, by the government have the potential to benefit the whole industry, and the wider UK economy.”