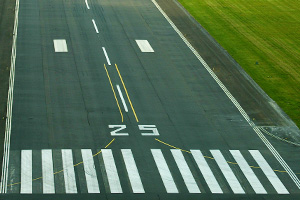 A “grassroots” campaign to build support from local residents for a third runway at Heathrow is being initiated by supporters of the expansion.

Half a million newsletters will be sent to west London homes in the first move by campaign group Back Heathrow.

Campaign director Rob Gray told the London Evening Standard that his group wanted to give a voice to the “silent majority” of locals who oppose the airport being shut down under plans by mayor Boris Johnson.

Heathrow cites local support showing in its own poll that 46% support expanding the airport with 43% opposed.

Gray said: “For too long, the local residents who support Heathrow have been the silent majority in the debate on the airport’s future.

“I am delighted to be joining a campaign to give a voice to the many thousands of local residents who back Heathrow and whose businesses and jobs depend on the future of the airport.”

But anti-Heathrow expansion group Hacan said its formation was “the actions of a desperate organisation, not confident of the arguments it is making”.

Hacan claims the Heathrow poll was “out of kilter” with previous surveys, including the largest of its kind which showed more than 70% of people in Richmond, Hillingdon and Hounslow against expansion.

Heathrow director of corporate affairs Clare Harbord told the newspaper: “114,000 jobs will be lost to the local community forever if Heathrow were forced to close.”