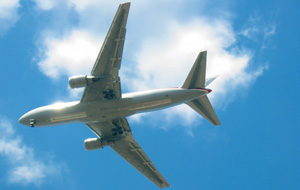 Business leaders have cast doubt that the political will exists to tackle the UK’s airport capacity needs despite the obvious need.

A poll of 500 senior business decision-makers found that less than two in five have confidence that the solutions put forward by the government’s Airports Commission to address long-term connectivity needs will be delivered.

Yet fewer than half are satisfied with UK air links to existing, traditional overseas countries and emerging markets.

The results of the study, commissioned by the Airport Operators Association, are released ahead of the trade body for airports annual conference today and tomorrow.

Commission chairman Sir Howard Davies will deliver a keynote address just two months before the Commission is due to publish an interim report setting out a shortlist of options for maintaining the UK’s status as an international hub for aviation.

The AOA survey found that:

AOA chief executive Darren Caplan said: “Aviation is a hugely important sector for UK plc, supporting a million jobs and £50 billionn GDP, contributing over £8 billion in tax revenue, and providing and facilitating the trade of goods and services to existing and emerging markets, at home and overseas.

“Yet this survey reveals there is a feeling amongst a wide section of the business community that – despite the UK having the third largest aviation network in the world, after the US and China – we could be doing much better in terms of our connectivity with existing and emerging markets.

“To deliver the UK’s future air connectivity we need both vibrant point-to-point airports and sufficient world class capacity, and the Airports Commission’s work is crucial to ensure we have this in the years ahead.

“So it is worrying that there are so many doubts from business that the Airports Commission findings will get implemented, at a time when international rivals are growing their ties with the fast-growing economies of the future.”

He added: “The AOA supports the Airports Commission, continues to call on it to consider all options looking at airport growth, urges it to stick to its timetable of delivering its final report no later than summer 2015, and encourages the political parties to commit to acting on the findings of the Commission.

“This AOA survey is a timely reminder though that the Commission will need to re-double its efforts on securing the consensus of the political parties, if its final report conclusions are to be implemented when they are reported in summer 2015.

“Only by securing this political support will business have confidence that the Commission’s solutions to delivering the UK’s future air connectivity needs will be delivered.”