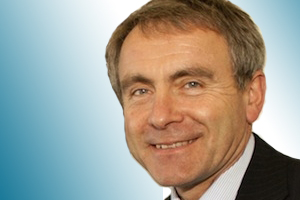 He told the annual conference of the Airport Operators Association in London that the government will wait for the interim report from the body led by Sir Howard Davies at the end of the year before commenting further.

However, Goodwill said: “It’s vital that we find the right long term solution for the UK and I fully support the Airports Commission in its work.”

Sir Howard is to address the conference today (Tuesday) as the Commission progresses towards delivering its final report by August 2015.

The minister praised regional airports for playing an increasingly important role in contributing to the UK’s economy.

“In fact, describing them as regional rather sells them short – most are thriving local international airports in their own right,” said Goodwill, citing investment being made at Edinburgh, Stansted, Birmingham, Manchester, Southend, East Midlands and Bristol.

“All these good news stories do not, however, provide the hub capacity we need to grow,” he added.

“We all recognise that we continue to live through challenging economic conditions which have been difficult for both consumers and the aviation sector – but the signs are encouraging.

“We are building confidence, stimulating markets and working in partnership with business.

“Our future success will be built on our ability to develop transport links with the rest of the world – keeping ourselves in the global race.

“But we must manage the natural tension between aviation growth and the impact it has on communities and the environment – respect to quality of life.”

Constraints on market access between the UK and Malaysia will be lifted as part of liberalisation plans – providing airlines with new commercial opportunities, Goodwill revealed.

“We are paving the way for similar agreements with Qatar, Cambodia, Indonesia, the Philippines and others,” he said.

Transport secretary Patrick McLoughlin is in China and will shortly be launching British Airways’ new Airbus A380 service from Hong Kong by returning to the UK on the maiden flight.