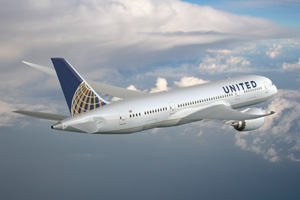 United Airlines has been fined $1.1 million by the US Department of Transportation for tarmac delays that took place at Chicaco O’Hare aiport on July 13 2012.

It was the largest fine for a tarmac-delay violation since the rule limiting long delays took effect in April 2010, reported Reuters.

The fine was issued because of “lengthy tarmac delays” on 13 flights in a single day. A total of 909 passengers were stuck on the aircraft for more than three hours, said the DoT.

The DoT rule says US airlines operating domestic flights cannot let an aircraft stay on the tarmac for more than three hours without letting passengers off the plane.

Exceptions are allowed only for safety reasons and if the pilot is advised by air traffic control that returning to the terminal would disrupt airport operations.

The delays in July last year were caused by severe thunderstorms and lightning.

The airline will pay the government $475,000, while the remaining $625,000 will cover compensation for passengers and “significant corrective actions” by United to enhance future compliance with tarmac delay rules.

“It is unacceptable for passengers to be stranded in planes on the tarmac for hours on end,” US Transportation Secretary Anthony Foxx said in a statement.

United Continental, the parent of United Airlines, said it was “committed to complying with the tarmac delay regulations and we continue to improve our procedures while maintaining the safety of our customers and co-workers.”