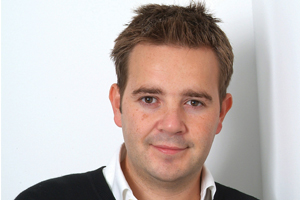 As Lowcost Holidays prepared to launch websites in the US and Australia and other overseas territories, Lee Hayhurst spoke to Alex Gisbert, new chief marketing officer at parent company Lowcost Travel Group

His signature declares ‘speed wins’, which is TripAdvisor’s unofficial motto that founder Stephen Kaufer said he scrawled on a note and has kept stuck to  his office door for a decade.

Although Lowcost Travel Group has transformed into a international business since Gisbert arrived from Expedia in 2010 to drive expansion, it is his aim not to operate like a ‘big corporate’.

Lowcost is now run from three main European bases: Gatwick, for group-wide operations including finance and technology support; Romanshorn, Switzerland, where the contracting team and trade arm Lowcost Beds are located; and Palma, Majorca – Gisbert’s base – where the digital marketing team and Lowcost Holidays are based.

“When you take a large business, which Lowcost was when I joined, and restructure and start afresh you can apportion job roles and accountability a lot more clearly,” said Gisbert.

“We don’t have seven people all doing the same thing. We have the tools now to allow us to work across different countries. That’s modern business practice.

“Culturally we are very matter of fact. We are strategic but do not overthink the way we do things. We focus on execution and just getting it done.”

It is Lowcost’s rapid overseas expansion that has driven recent growth, and Gisbert sees the clearest parallels not from his last employer Expedia, but Opodo, where he worked before that.

“Expedia does what it does very well. Driving speed through an organisation is very hard to do as scale grows. Everyone knows speed to market is vital, but it’s how to do it at lightning speed.

“It’s easy when you’re in one country, but when you are in 12, driving speed is really hard to do. For some things you always need to centralise and be in one place.

“In many ways, Lowcost reminds me of Opodo – very ambitious with lots of smart young people who are keen to test and learn. Opodo had that when I came in, and also a lot of accountability.

“In a large organisation finding pure accountability is very difficult. Working here reminds me of the accountability set up at Opodo – everyone has a job, everyone gets on with it.  It’s very dynamic.”

Having previously occupied some fairly uninspiring but functional offices in East Grinstead, Lowcost’s Palma call centre now employs 200 people, up from five when it opened two years ago.

Gisbert said this is requiring him to take a lot of shopping trips to Ikea for office furniture as the amount of space expands to cope.

But, joking aside, he said the location means Lowcost is able to recruit talented people from around Europe attracted to the idea of life and work in the Balearics.

“We have put together a team that’s very comfortable moving between the Swedish, Spanish, German or UK markets. It’s a real United Nations-type set-up here.

“There’s a good travel heritage and everyone speaks three languages by default. People understand the psychology of different nationalities.

“That’s a significant shift for us. We had to learn to be international and we were finding that harder and harder in  the UK.

“We could have done that based in Trafalgar Square, but it would have cost us a fortune.”

The task was to integrate the UK core into a newly internationalised business rather than the other way around, said Gisbert.

That transformation is on course to hit a significant milestone next February when Lowcost’s overseas business overtakes its UK division in terms of contribution to group margin.

“That’s huge growth, and the way we have achieved that is by expanding very quickly. We’ve launched five or six Lowcost Holidays international sites and 10 Lowcost Beds sites very quickly.

“We have got quite a lot of things wrong, we made mistakes, but we now know what it takes to launch business-to-business operations internationally.”

Although technology and the internet are touted as essential tools to reach customers direct, Lowcost has found B2B is the best way to break into new markets.

To date, it operates consumer-facing Lowcost Holidays sites in 12 countries, but it has extended its reach to 47 countries for its B2B Lowcost Beds brand.

Something Lowcost has realised is how, outside of the UK, earned brand reputation, rather than just being the cheapest, is vital. Hence it has a real focus on social media and reputation building.

But Gisbert said there are lower barriers to entry when you work with other local businesses; it is less expensive and opens you up to what are still healthy travel agent markets.

“Business-to-consumer is not a sausage factory: you can’t just pump out international websites and sit back and wait for the business to come.

“It’s about being local and being relevant locally. You cannot profess to be Australian without an Australian office.

“You don’t necessarily need that to expand B2B, as travel agents do that work for you.

“You may not want to establish an overseas office until you find the right person at the right time. It’s got a lot to do with people.”

While the two sides of the business are both geographically and operationally very separate, what links them is product.

Gisbert said hotel contracting and revenue management are run across the group so one channel never undercuts the other.

It also means expansion into new territories has helped it to increase its product range and buying power as it can offer hotel owners access to multiple markets.

This is what is behind Lowcost’s 30% increase in B2B business in the UK, as reported in June, and the prediction by chief executive Paul Evans that the importance of B2C will shrink relatively.

“We are now serving 200,000 properties – a year ago it was 125,000 – and we are contracting a lot more stock ourselves,” said Gisbert. “We have something better than the average because we are multi-market. That’s where exclusivity is beginning to happen.

“We can join up contracting with international distribution.

“If you can do that at speed, that’s a real edge.”